SINGAPORE, 15 November 2021 – Overall private new home sales in October 2021 picked up slightly compared to the previous month despite Singapore entering into a new phase of restrictions – ‘Stabilization Phase’ which started on 24 September, that will last till 21 November. Developers sold 909 new private homes (excluding Executive Condos) in October 2021 – 9% higher than the 834 units transacted in September. Compared to the year before, sales volume was up by 40.6% than in October 2020.

The month of October marked the revival of the new home sale market in the Core Central Region (CCR). The CCR market had experienced a lull period over the past 5 months where monthly sales volume was to the tune of less than 200 units due to the lack of new launches. The last significant launch in the CCR was the launch of One Bernam in May. Sales volume in the CCR picked up in October with 281 new homes being sold, 67.3% more units compared to September. Jervois Mansion was the best-selling CCR project in October, with 99 units transacted, at a median price of $2,553 psf.

New homes sales in the Rest of Central Region and Outside Central Region (OCR) continued to slow down in October due to the absence of new launches. In October, the OCR sold 347 units – this was 2.5% lower than the units sold in September – mostly owing to the lack of new launches and diminishing inventory from existing OCR projects. The OCR sales in October were boosted by projects such as Dairy Farm Residences (62 units) and The Jovell (39 units) which continued to move units steadily in the month.

In the Rest of Central Region (RCR), 281 new homes were transacted in October 2021. The RCR sold 9.4% less units in October compared to September. Sales in the RCR for October were boosted by Normanton Park which sold 73 units at a median price of $1,839 psf.

In the EC segment, developers sold 136 new units in October 2021, a 70.6% drop from the 462 new ECs transacted in September. The bestselling project was Parc Greenwich, which was launched in September, had moved 83 units out of its inventory of 496 units in October at a median price of $1,251 psf. It currently has a take-up rate of 82.5%.

In terms of units launched, developers placed 661 new private homes (ex. ECs) on the market in October – three times more than the 210 units (ex. ECs) launched in the previous month. About 16% of the units placed on the market in October were from the residential project launch at Jervois Mansion which launched 104 units as well as units from previously launched projects such as The Avenir which launched 113 units in the month.

Mr Ismail Gafoor, CEO of PropNex Realty:
“For the month of October, there has been renewed interest in CCR new homes owing to the launch of Jervois Mansion as well as the reopening of borders via Vaccinated Travel Lanes (VTLs). The latter had facilitated more foreign buyers and overseas investors to have easier access to Singapore’s property market. Based on caveats lodged, in October, foreigners accounted for about 6.8% of buyers who bought new homes, this is one of the highest percentages of foreign buyers since 2018 where foreign buyers accounted for 6.3% of new home sales.

The proportion of foreign buyers has been observed to be on a downward trend over the past 10 years, largely due to several rounds of property cooling measures that has been introduced since 2011. The most recent being the upward revisions in Additional Buyers’ Stamp Duties (ABSD) for foreigners during the July 2018 cooling measures. We expect interest for CCR and RCR homes to pick up in momentum as more VTLs are introduced, along with more central area launches being planned such as Canninghill Piers, and Perfect Ten.

Sales in the suburbs are expected to take a back seat for the next few months due to the lack of significant OCR project launches in the pipeline. Sales volumes will be modest, buoyed mostly by demand from buyers such as HDB upgraders, who have been observed to continue to pick up homes from past launched projects as a result of the buoyant HDB resale market.

While Singapore is expected to remain in the ‘Stabilization Phase’ up until 21 November, we do not expect the new homes sales market to be greatly affected as the country continues its transition into ‘Endemic living’. In November, new home sales volume is projected to reach about 1,000 units. For the whole of 2021, we project that new private home sales (ex. ECs) could exceed 13,000 units, barring any unforeseen events or new cooling measures.” 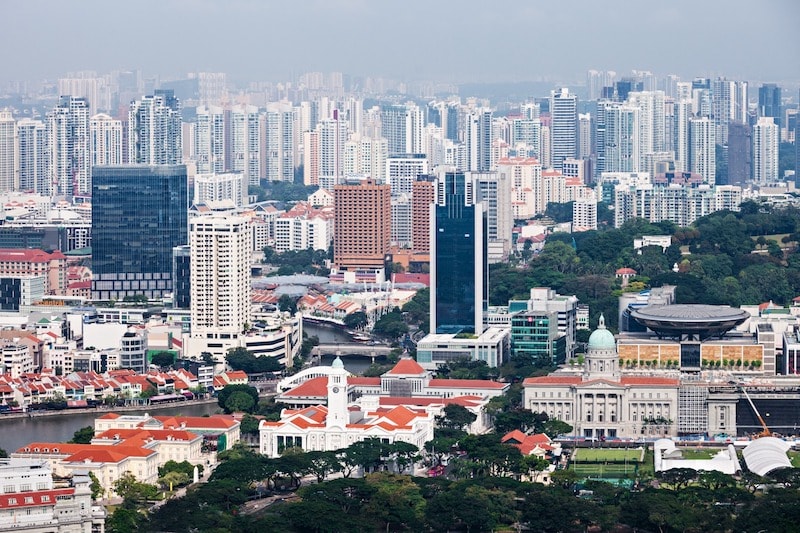