Just how rare are they? Well, there are an estimated 2,700 to 2,800 GCBs in 39 gazetted GCB Areas (GCBA) in Singapore, accounting for under 4% of the total number of landed homes islandwide. In fact, the scarcity of GCBs is a key factor in helping to preserve the value of this prized asset class over time.

What are Good Class Bungalows (GCBs)? Strict planning conditions are imposed by the Urban Redevelopment Authority to preserve their exclusivity and low-rise character. To be classed as GCBs, the plot must have a land area of at least 1,400 sqm (or about 15,069 sq ft) and up to 40% of the land is permitted for the home with the remaining land going towards amenities such as gardens and pools.

The GCB ownership is also very exclusive. Generally, only Singapore citizens are allowed to buy a landed property in a GCB Area. Foreigners, including permanent residents, will require an approval from the government to buy a GCB.

The GCB market has been on a roll in 2021, with a surge in sales volumes as well as land prices. The buying momentum for GCBs in the first half of 2021 emanated from both affluent locals and new citizens – a big group being tech-entrepreneurs riding high from the digital economy boom.

In fact, the number of GCBs sold in 2021 is the highest since 82 GCB properties changed hands for a total of $1.85 billion in 2010, based on data tracked by PropNex Research. All that buying has helped to support prices – on a monthly basis, average unit prices have consistently exceeded $1,500 psf for most part of 2021. 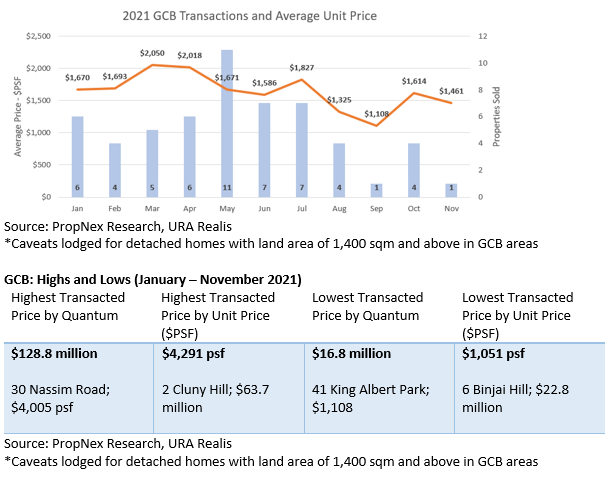 At the other end, a 15,165-sq ft in King Albert Park that was sold for $16.8 million in September was the lowest transacted quantum for GCBs in the first 11 months of the year, while the transacted lowest unit price was posted by 6 Binjai Hill which was shifted at $22.8 million in March 2021.

Prospective buyers looking to snag a GCB should be prepared to fork out $20 million to just under $40 million – with 68% of GCB deals transacted between January and November 2021 falling within that price bracket. GCBs costing below $20 million are rare with just 4 transactions, while those priced at $40 million to $49.9 million and over $50 million saw 8 and 6 deals done during the year.

GCBs, an extremely scarce asset in the highest tier of the residential property market should continue to interest the super well-heeled buyers, although the new cooling measures implemented from December 16 could see some prospective buyers deferring the purchase decision for a number of months, as they review the impact of the new curbs.

As foreigners have limited access to buying GCBs due to strict ownership rules, the sharp hike in additional buyer’s stamp duty (ABSD) to 30% on foreign buyers will unlikely put a big dent on this market. In addition, GCB buyers tend to be high-earners with a deep-pocket, are less likely to face financial stress and have ample liquidity, which will help to mitigate the impact of the tighter total debt servicing ratio (TDSR) to 55%. PropNex expects the GCB market to remain fairly lively in 2022 with prices likely to hold steady.

Singapore’s image as a safe haven, the stable political environment and its effective management of the pandemic have been a magnet for investments – drawing multinational companies, family offices, and tech firms to the country. As the pandemic recovery and reopening continue amid higher vaccination rates, business sentiment and growth outlook will improve in tandem. These factors lend optimism to the landed homes segment including GCBs.

GCBs are not only limited in stock but are often tightly held. These bungalows are very appealing to buyers as they confer a status of prestige and accord privacy to the owners as GCBs are located in low density and tranquil areas. Due to their extreme scarcity and freehold tenure, GCBs are defensive assets that are capable of riding out uncertain market conditions – making them an excellent store of value and a prized property to be passed down to future generations, as part of legacy planning. 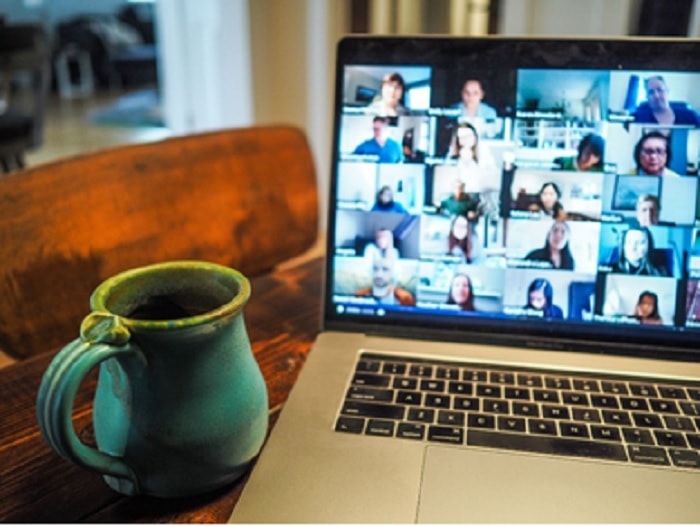 4 Tips to Level Up Your Work-From-Home Experience 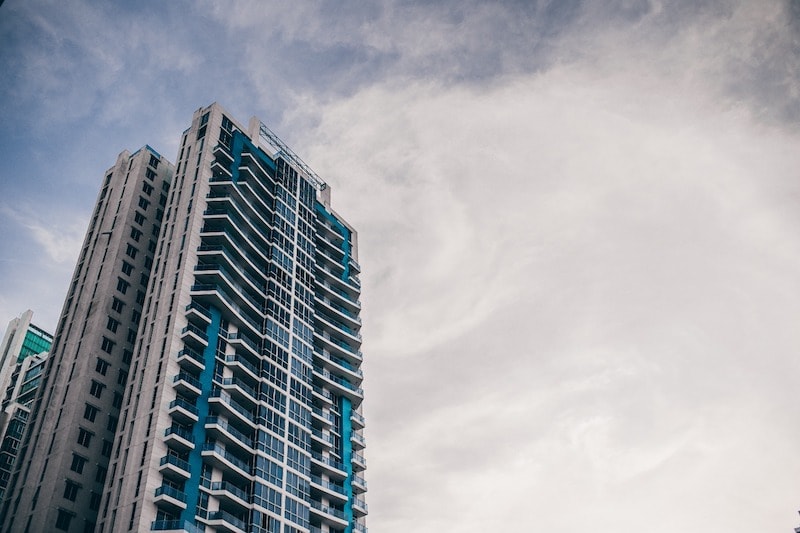 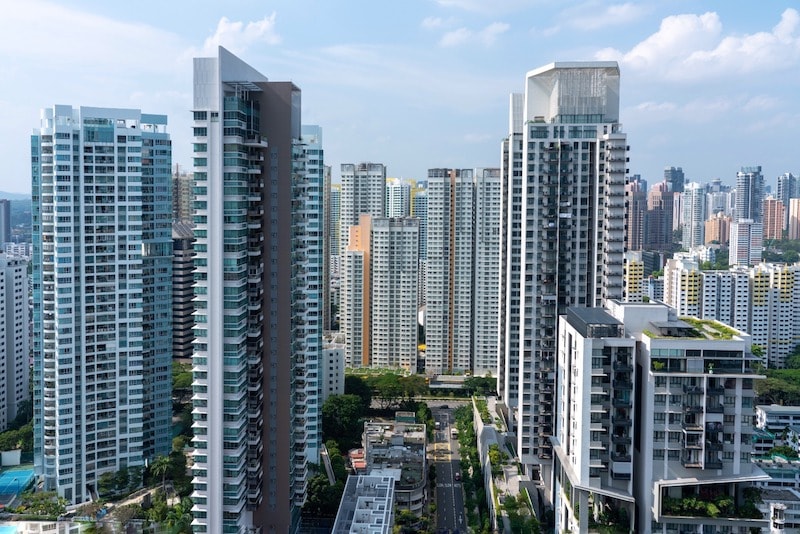