15 July 2022, SINGAPORE – Private new home sales fell sharply in June as the lack of fresh project launches drove a 64% decline in transactions from May to June. Developers sold 488 new private homes (ex. Executive Condos) in June, declining from the robust 1,355 units transacted in the previous month, where new projects Piccadilly Grand and Liv @ MB spurred take-up. On a year-on-year basis, sales also came in lower, easing by 44% from June 2021.

Due to the lack of fresh projects, new home sales in the Rest of Central Region (RCR) in June fell markedly by 81% MOM to 171 units from the high base of 893 units in May, where the launch of Piccadilly Grand and Liv @ MB helped to supercharge sales in the sub-market. The best-selling RCR projects during the month were Riviere which sold 25 units at a median price of $2,856 psf, and Normanton Park which moved 21 units at a median price of $1,864 psf.

Meanwhile, just 111 new homes were sold in June in the Outside Central Region (OCR) amid depleting unsold inventory – sales were down by 55% from the previous month. The top sellers in the OCR in June were The Florence Residences which sold 20 units at a median price of $1,746 psf and The Watergardens at Canberra where 16 units were transacted at a median price of $1,463 psf.

In the EC segment, 8 new units were sold in June, posting a 60% fall from 20 transactions in May. The best-selling EC project in May was North Gaia EC, where 5 units changed hands at a median price of $1,303 psf.

Developers placed 397 new units (ex. ECs) for sale in June compared to the 1,240 units that were put on the market in May. In Q2 2022, developers launched an estimated 2,034 new private homes for sale.

Ms Wong Siew Ying, Head of Research & Content, PropNex Realty:
“The wane in new home sales in June as well as the magnitude of decline were expected, given that there were no fresh projects put up for sale during the month and considering the new-launches fuelled surge in sales in May. In addition, the resumption of international travel and the June holidays – where families tend to go on vacation abroad – may also have contributed to the slower market activities.

Generally, June’s sales performance did not detract much from the general narrative. That being, the lack of launches and dwindling unsold stock in the OCR continuing to weigh on the mass market sales volume, and that some buyers are finding CCR projects increasingly compelling, as the average transacted unit price ($PSF) gap continued to narrow between new private home sales in CCR and the RCR to 16.1% in June, compared to 21.4% in May (see Table 1).

Meanwhile, URA Realis caveat data showed that foreigners bought 11.7% of the new private homes (see Chart 1) sold in June – mainly in the CCR and RCR– rising from 6% in the previous month. Singaporeans accounted for nearly 76% of new home sales in June and we expect this number to rise in the coming months, as more mass-market projects are launched.

With the launch of AMO Residence on 23 July, we anticipate that new home sales this month should outperform that of June. In addition, some buyers may want to get transactions done before the Hungry Ghost month starts at the end of July.” 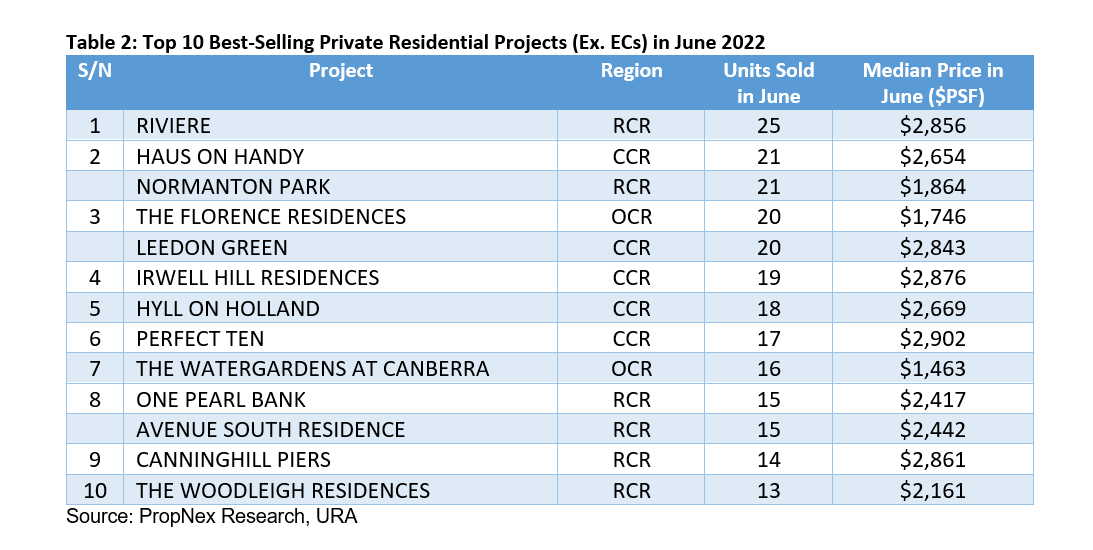 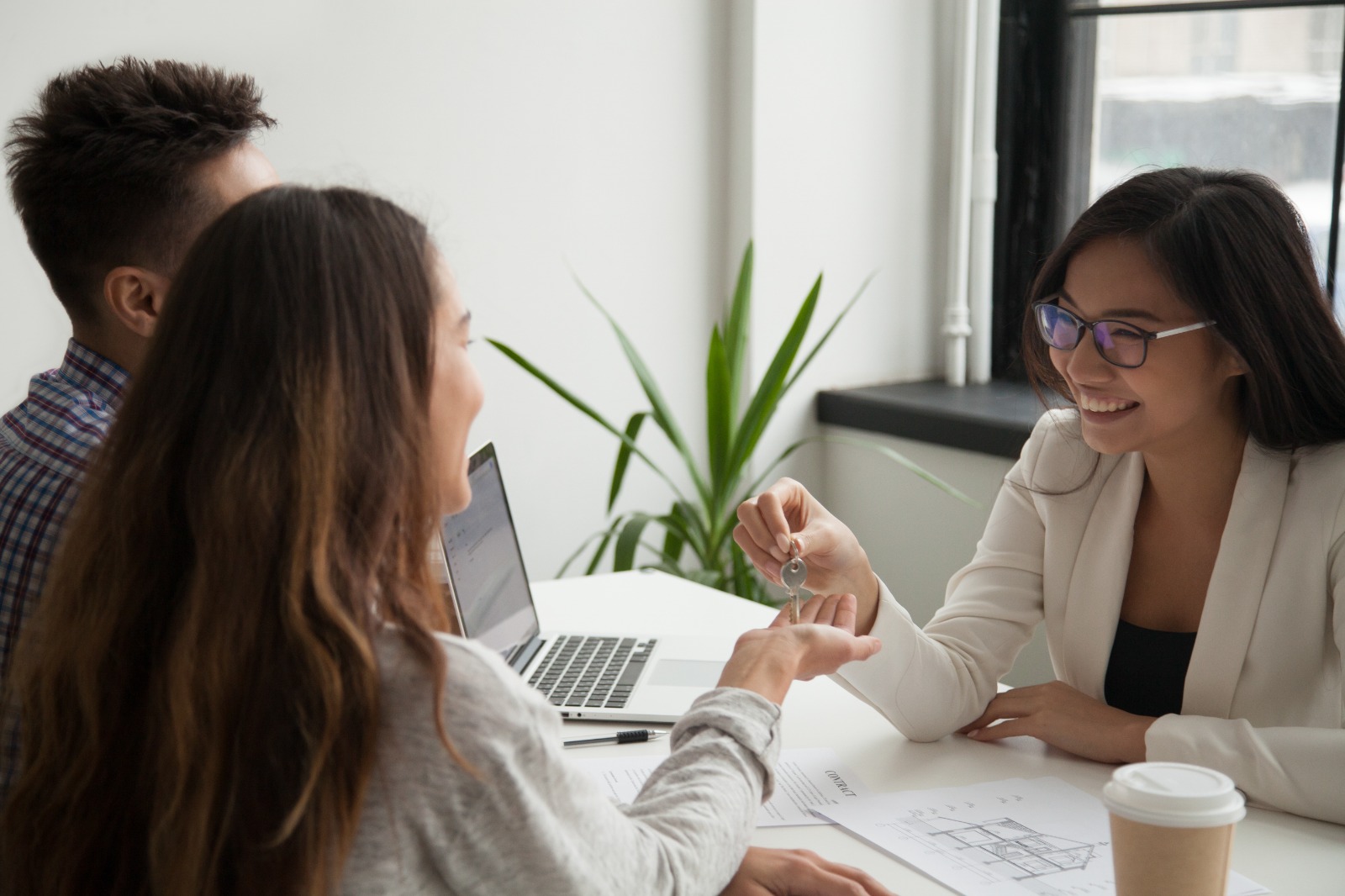 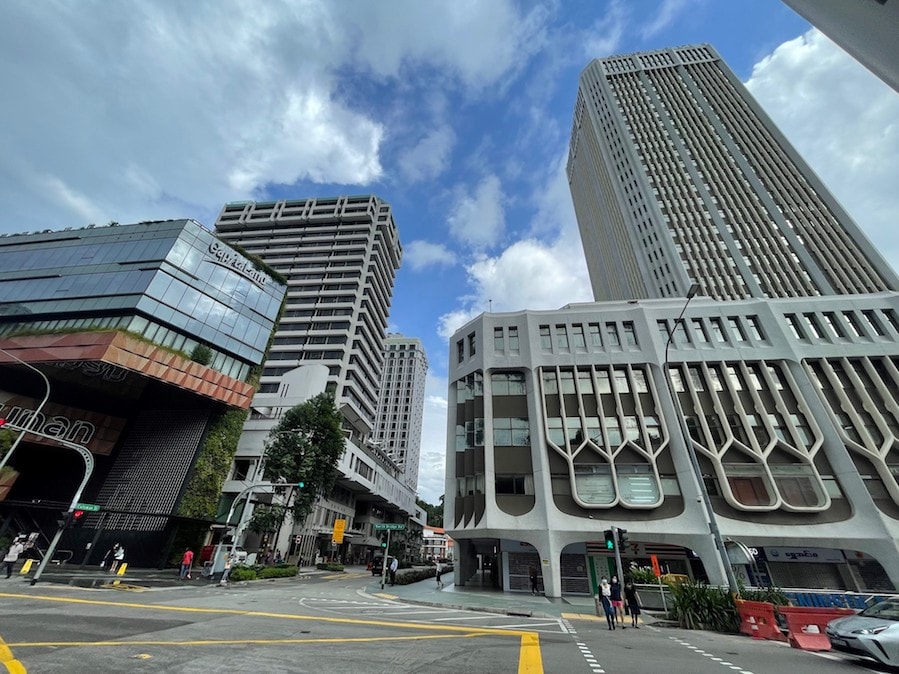 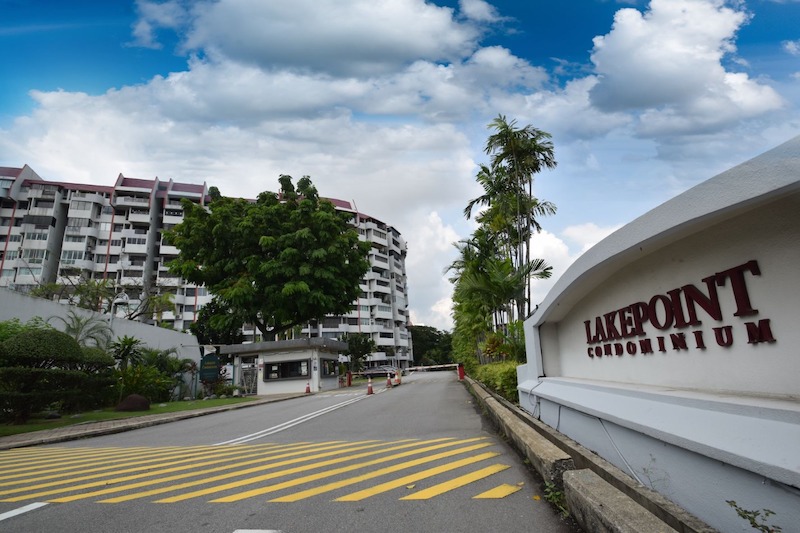