15 June 2022, SINGAPORE – Private new home sales surged in May 2022 on robust sales at two project launches, with Piccadilly Grand and Liv @ MB contributing to about 41% of the month’s sales tally. In all, developers sold 1,356 new private homes (excluding Executive Condos) in May, representing a 105.5% jump from the revised 660 units transacted in the previous month. This is also the highest monthly new home sales since 1,547 units were sold in November 2021. When compared to May 2021, developers’ sales were up by 51.5% last month.

The Rest of Central Region (RCR) or city fringe dominated sales in May, selling 893 new homes – up sharply by 207% from April. The RCR sub-market accounted for about 66% of the overall sales during the month, mainly driven by Piccadilly Grand which sold 318 units at a median price of $2,175 psf as well as Liv @ MB where 236 units changed hands at a median price of $2,405 psf.

New home sales also rose in the Outside Central Region (OCR) in May where 247 units were transacted, rising by nearly 53% from the 162 units sold in the previous month. The lack of new launches in this sub-market has helped to boost sales in existing projects. The top-selling private residential projects in the OCR in May were The Florence Residences (launched in March 2019) which sold 40 units at a median price of $1,786 psf and The Gazania (launched in May 2019) which shifted 33 units at a median price of $2,241 psf.

Meanwhile, developers’ sales in the Core Central Region (CCR) rose by 4.3% from April with 216 new units being sold in May. The most popular CCR project last month was Haus on Handy, which moved 24 units at a median price of $2,682 psf. Leedon Green, Perfect Ten, Hyll on Holland, and Irwell Hill Residences also helped to prop up monthly sales, with median prices ranging from $2,631 psf to $2,861 psf.

In the EC segment, 20 new units were sold in May, marking a steep 89% fall from 186 transactions in April, where the launch of North Gaia EC in Yishun drove EC sales. The best-selling EC project in May was North Gaia EC, which sold 11 units at a median price of $1,285 psf.

Developers placed 1,240 new units (ex. ECs) for sale in May compared to 397 units that was put on the market in April. It is the highest number of new units launched in a month since 1,283 units were placed for sale in November 2021.

“Sales came roaring back in May after a relatively slower performance in the earlier part of the year. The rebound in new home sales last month was not unexpected as two RCR launches Piccadilly Grand and Liv @ MB were popular with buyers – contributing to about 41% of May’s transactions. The strong take-up in the two new projects at median prices of $2,175 psf and $2,405 psf for Piccadilly Grand and Liv @ MB respectively is very encouraging, suggesting that demand and liquidity are still intact amid global economic headwinds. The supply crunch and absence of new launches in the OCR mass market could also have channelled some buyers into the RCR segment, boosting sales in the two projects.

As more new launches come on, we could perhaps anticipate more buyers to enter the market, including those who may have stayed on the sidelines, following the introduction of new cooling measures in December 2021. In addition, buyers may also review the average selling prices of new homes in recent months and assess that prices have not fallen substantially. With land prices staying firm, some buyers may also take the view that selling prices of future launches are likely to remain elevated. Furthermore, some purchasers may decide to buy sooner rather than later to lock in a more favourable interest rate, in anticipation of further rate hikes.

Singaporeans continued to account for the bulk of private new home sales in May, making up 83.3% of the month’s sales. An analysis of the caveat data by region (see Chart 1) showed that the take-up of new units by Singaporeans in the CCR and RCR has increased from April to May, suggesting that local buyers are recognising value in city centre and city fringe projects. Singaporeans accounted for 73.5% of CCR new home sales in May (up from 66.1% in April), and 84.6% of RCR sales (up from 80.9% in April). 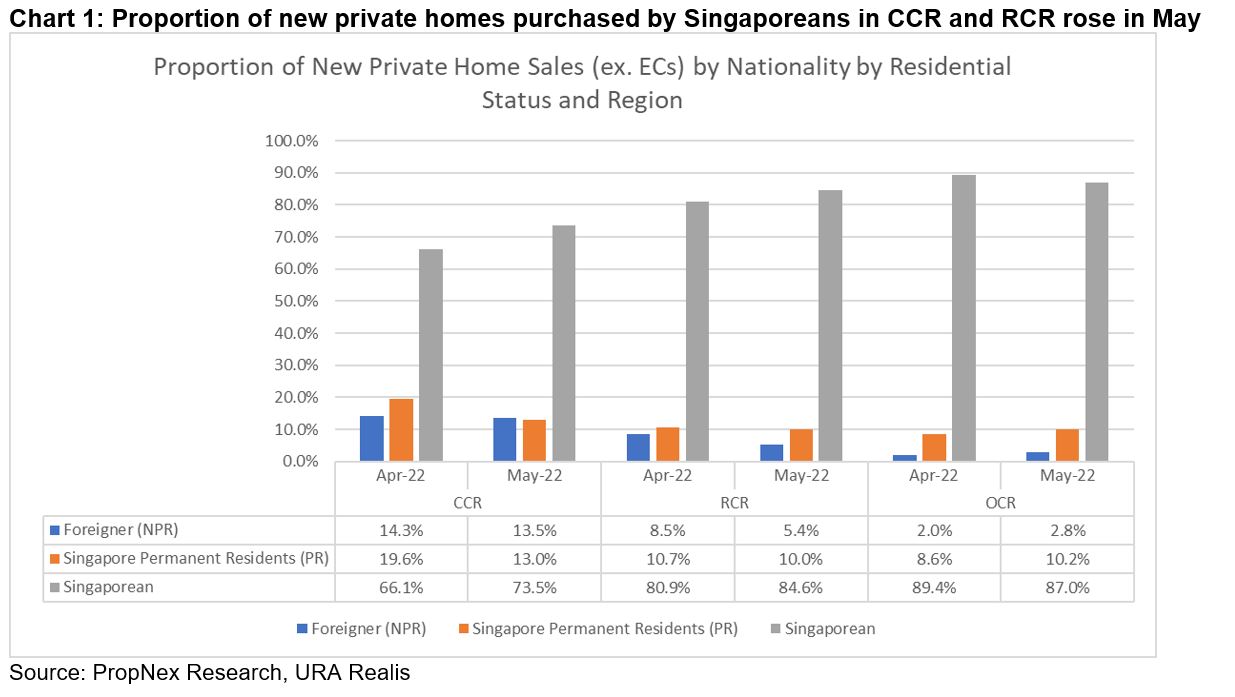 Meanwhile, 56.3% of May’s overall developers’ sales were transacted at below $2 million, compared to 45.4% in April (see Chart 2). On a price quantum basis, $1.5 million to under $2 million continued to be the pricing sweet-spot for new private homes. 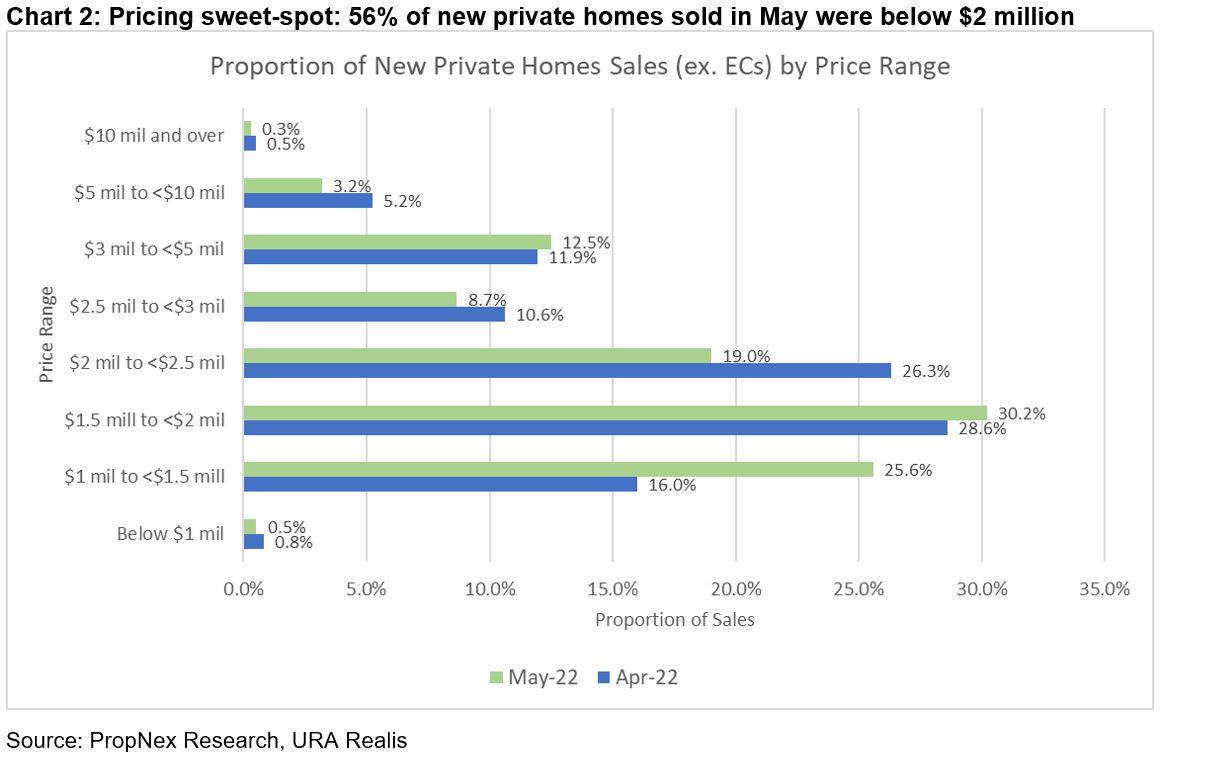 “We expect new home sales to continue to gain traction, with transactions likely to surge in months where there are new projects being put on the market. Some of the upcoming launches over the next few months include The Arden in Phoenix Road, AMO Residence in Ang Mo Kio Avenue 1, Lentor Modern in Lentor Central, and Sceneca Residence in Tanah Merah Kechil Link. However, we remain watchful of potential downside risks for property sales amid rising inflation, further interest rate hikes, and the pessimism over global growth.” 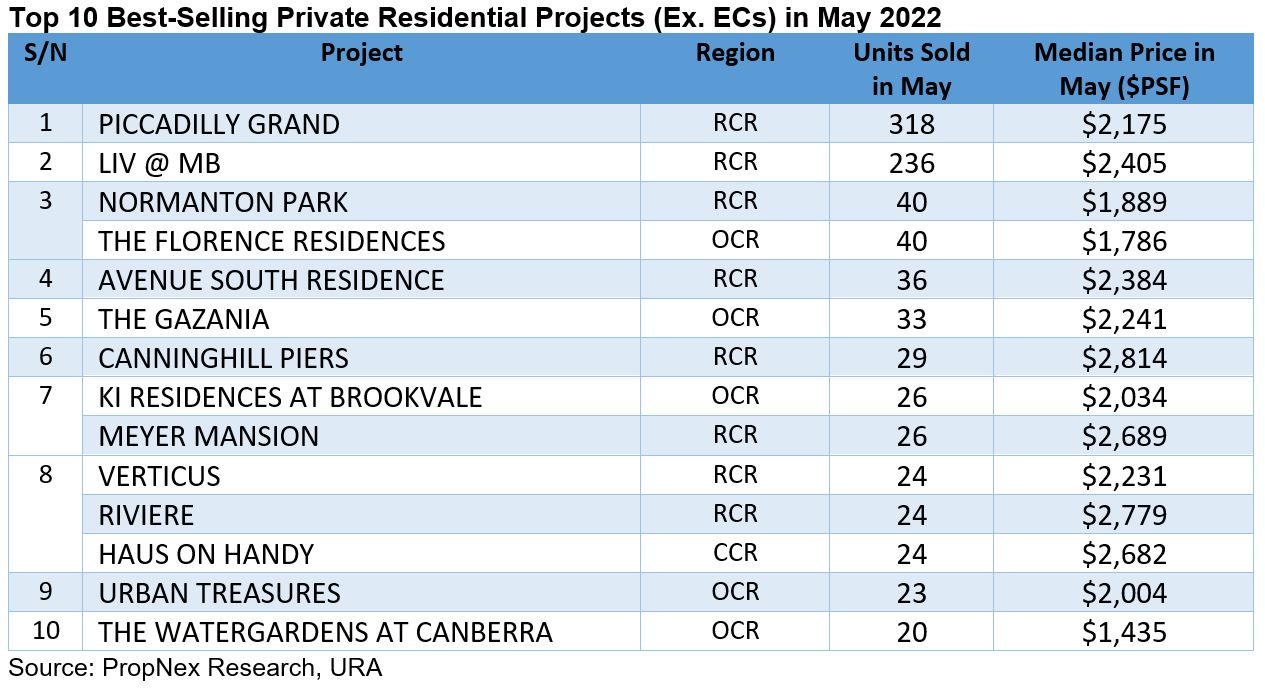 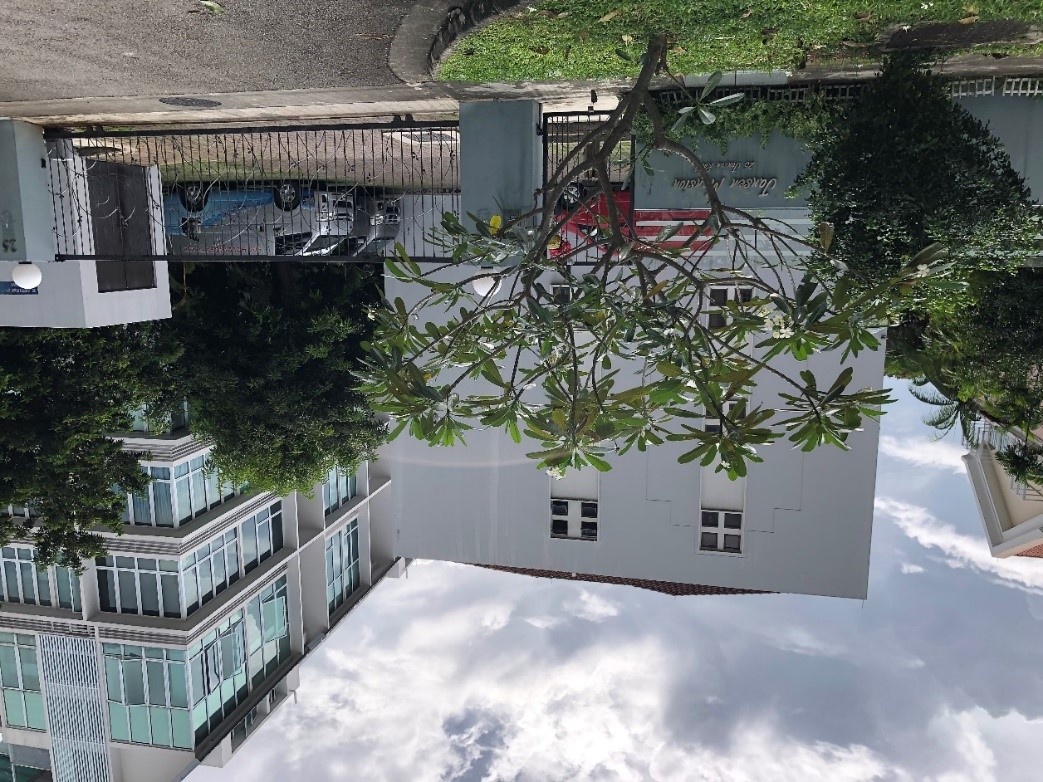 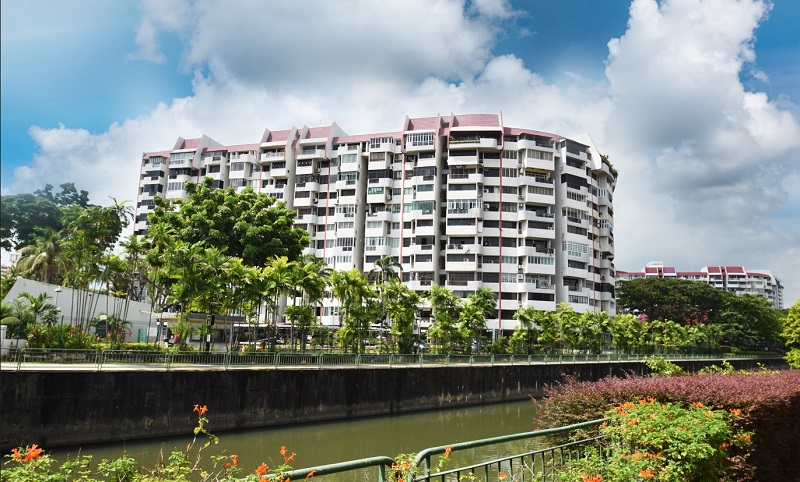 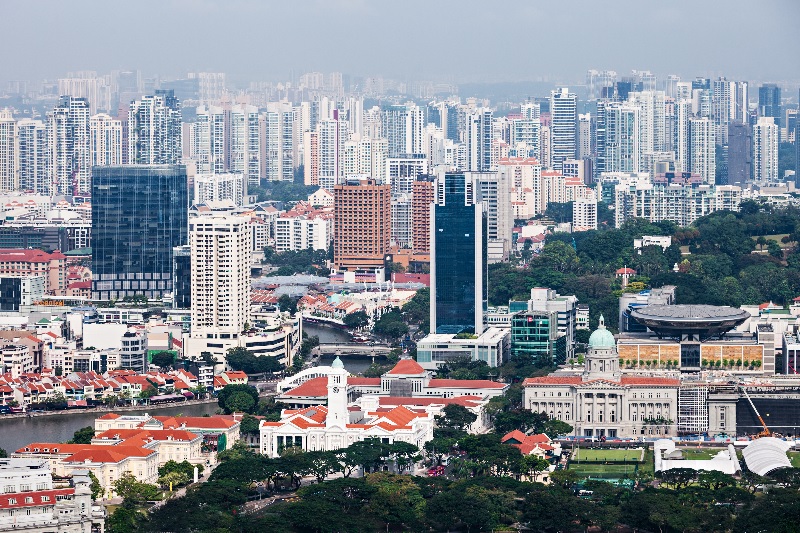